The earliest correspondence regarding the establishment of a chapter of Kappa Alpha Psi at the University of North Florida is dated November 15, 1982. At that time Mr. H. Donald Thibault, Director of Student Activities, wrote a letter to Michael A. Rutledge, President of the Kappa Alpha Psi Interest Group granting provisional recognition of the organization for a period of ten weeks to allow for development and to attract new members. Thereafter followed correspondence from Polemarch Franklin Richardson of the Jacksonville Alumni Chapter to Province Polemarch Robert T. Hughes, in which Richardson stated that his chapter had voted unanimously to work with and oversee all activities of the Interest Group. With this assurance, Province Polemarch Hughes authorized the establishment of an Alpha Xi extension chapter.

On April 18, 1983, the following students were pledged to Kappa Alpha Psi: 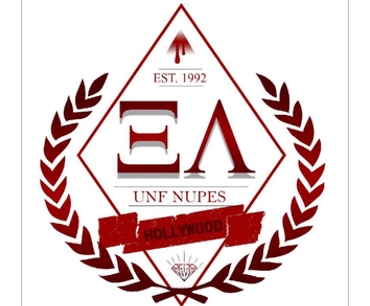 The University of North Florida Chapter, the Xi Lambda of Kappa Alpha Psi

Robert L. Mitchell, a member of the UNF faculty, agreed to serve as the advisor of the Alpha Xi Extension Chapter and Kappa Alpha Psi Fraternity was the first Black fraternity on the UNF campus. The Alpha Xi Colony continued to thrive at the University of North Florida, however it was not until March 21, 1992, that the Colony received its charter. Province Polemarch Thomas L. Battles, Jr., delivered the chapter's credentials and was the speaker at the chartering ceremony.

OUR COMMITMENT TO ACHIEVEMENT IS NEVER ENDING!