On February 15, 1960, several young men met on the campus of Edward Waters College and formed a Kappa Alpha Psi Interest Group. Their interest was further stimulated by Kappa faculty members, including the late James L. King, Stanton B. Shaw, Theodore T. Dansby, Algia Barnett, Howard Gregg, and Calvin Hernton. The Jacksonville Alumni Chapter filed a petition with Grand Chapter for a charter. As a follow-up, H. H. Holloway paid a visit to Jacksonville. Upon his arrival, he was met by the interest group members, administrative and faculty members, and members of the Jacksonville Alumni Chapter. .

The members immediately made their presence felt in the Jacksonville area. They started a clean-up campaign which made the campus shine and glitter; they assisted in collecting memberships for the NAACP; they renovated an old fish pond on the campus and stocked it with fish and aquarium plants; and they visited the needy with baskets of food during the Thanksgiving holidays, thus setting a new pattern for social and community activity. 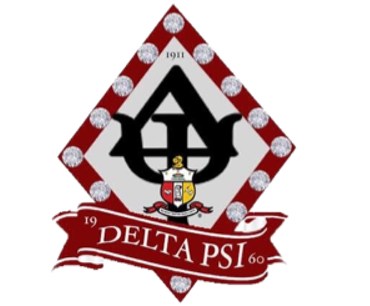 On December 12, 1960, thirteen hardy, diligent, and conscientious young men entered Kappadom. From thence forth they will be known as the charter members of Delta Psi Chapter of Kappa Alpha Psi Fraternity. With best wishes from John Floyd, polemarch of the Jacksonville Alumni Chapter, the new members heeded the sage words of Province Polemarch Dr. Oliver S. Gumbs: "These neophyte brothers have accepted the challenge to carry on and propagate the ideals, principles, and beliefs of Kappa Alpha Psi."

OUR COMMITMENT TO ACHIEVEMENT IS NEVER ENDING!